After Ave Maria Island here is Turtle Island in Guimaras, the second destination of our island hopping tour near Alubihod Beach. Actually this island is just facing Ave Maria Island, both islands are small with white sand and clean water. 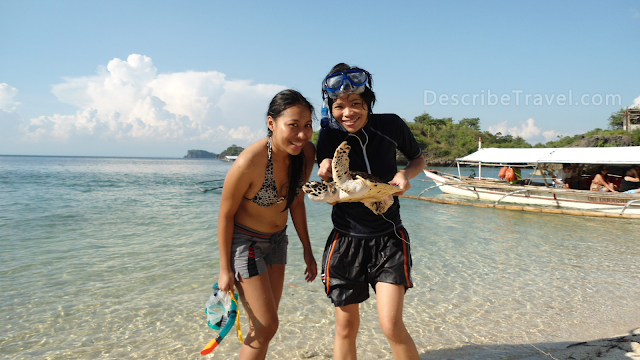 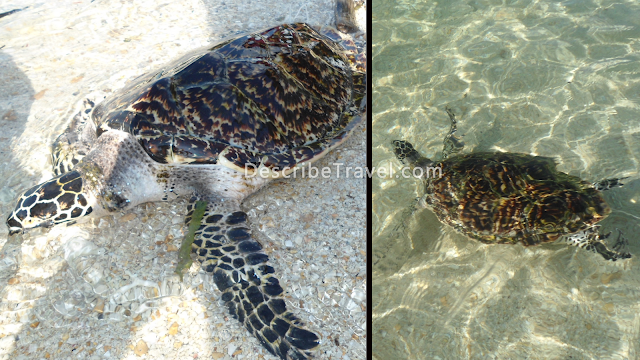 We were so excited to see this island, we were expecting that this was truly a turtle sanctuary BUT when we got to the island there were only two turtles, yes TWO TURTLES with a nylon leash.

Two kids approached us in this island and they pulled the nylon just like fishermen pulling the net, in this case the nylon is attached to the turtle...Turtles with a Nylon leash! They were like pets of those kids. There is a bahay kubo in the Island and I was assuming that it is their family's house.

So the Turtle Island didn't really looked like a sanctuary of turtles. Between Ave Maria Island and Turtle Island is a snorkeling spot, I believe that it is the only spot were you can go snorkeling near Alubihod beach.
However, the corals are not diverse, not colorful. Yes there are some fish to see, but if you are really into snorkeling this will bore you after 5 minutes. Ask your tour guide if you can feed the fish while snorkeling, this way you'll be able to see a better glimpse of them. 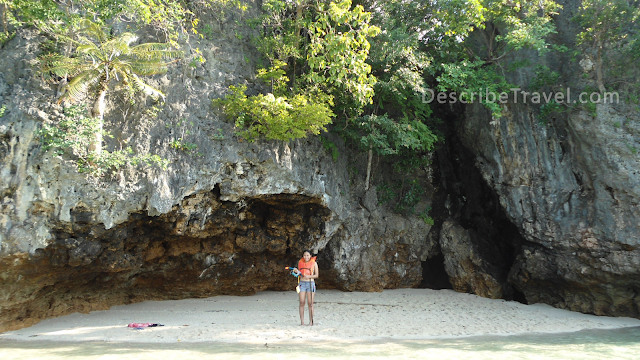 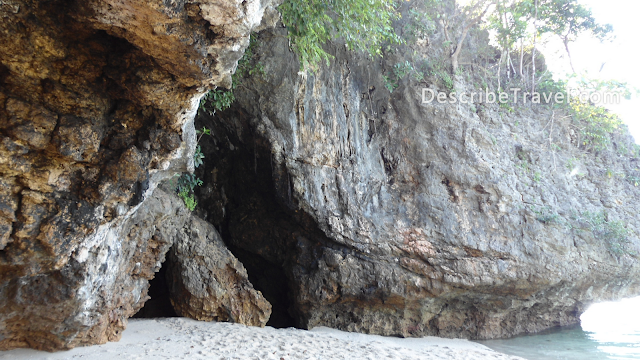